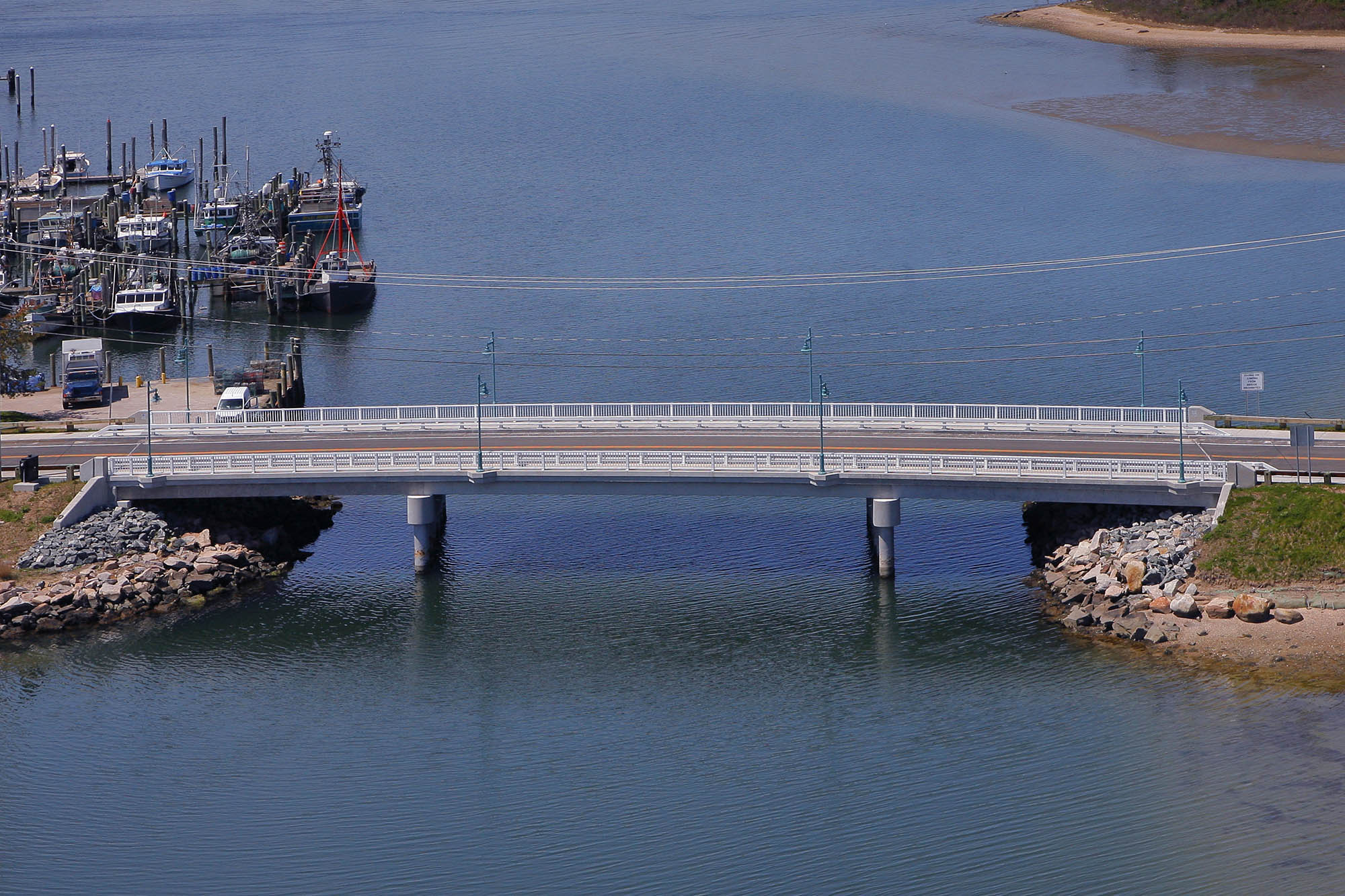 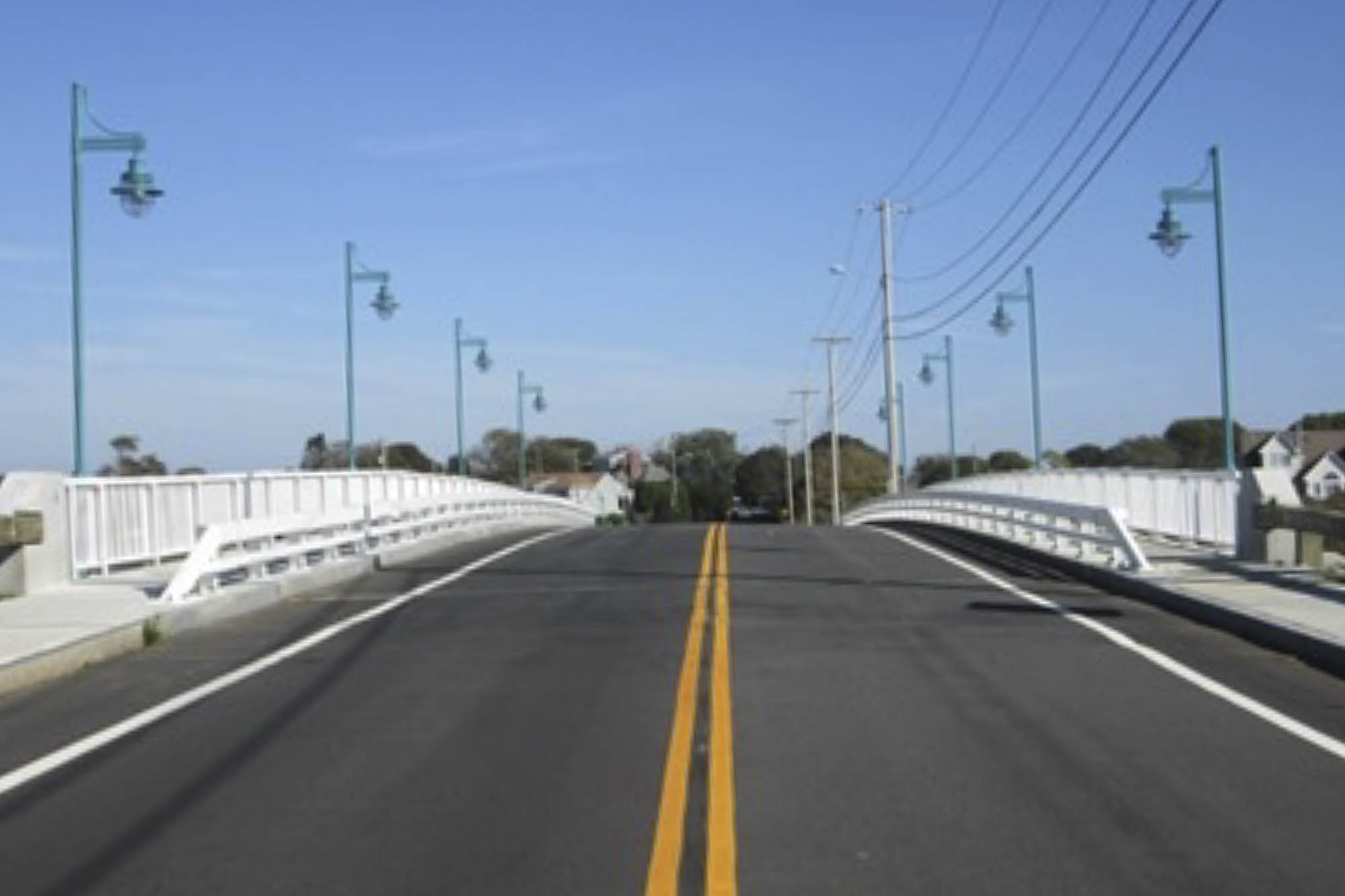 Originally constructed in 1959, Great Island Bridge No. 499 (top right) served as the sole means of access for the residential community of Great Island, spanning the tidal waters of Point Judith Pond between Bluff Hill Cove and the Port of Galilee. Due to its advanced age, condition, and substandard geometry, the RIDOT identified Great Island Bridge for full replacement.

The new bridge (completed in 2016) is a 3-span structure consisting of two, 57-foot end spans and an 86-foot center span, for a total length of 200 feet. The center span increases the clear channel opening from 25 feet to 76 feet. The cross section of the bridge is 48’-6” wide and provides for a 30-foot roadway, two 7’-6” reinforced concrete sidewalks, granite curbing, vehicular rail, pedestrian rail, and decorative lighting on both sides of the bridge, all supported by seven pre-stressed concrete box girders.