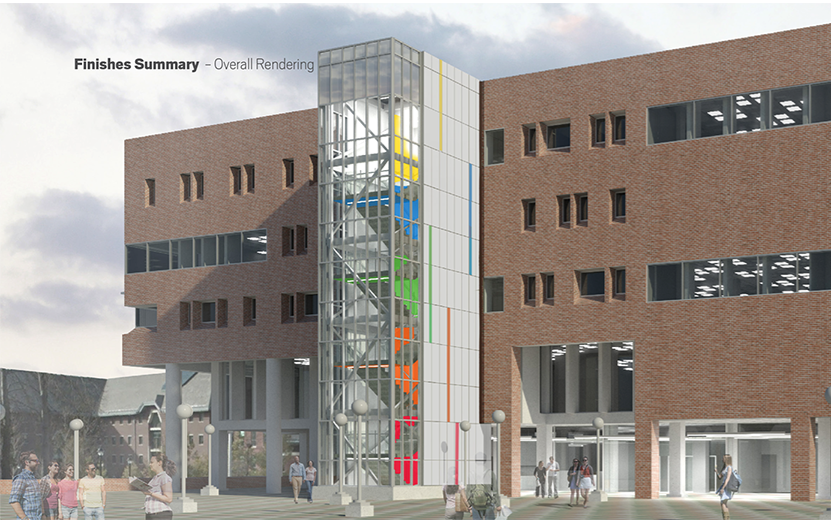 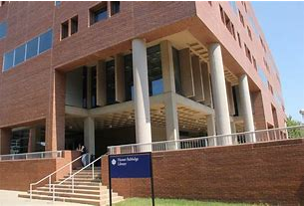 GM2 provided structural peer review services for the newly constructed stair enclosure for the Homer D. Babbidge Library. The initial analysis included the application of wind loads based on Exposure Category C surface roughness. The analysis found the base plate anchorages and the stair landing connections at each level were inadequate. More specifically, the L-shaped column base plate anchorages at two locations resulted in eccentric bolted connections, which caused significant additional tension and shear forces in the anchorage. An evaluation of the structure with reduced wind loads, was then performed, using the designer’s re-calculations of the curtain wall design. The anchorages were still found to be overstressed and it was determined that the eccentric baseplate anchorages required the addition of two anchors at each location.

Along with the anchorages, the stair landing ledger connections to the existing building at each level also showed issues. Similar to the baseplate design, the independent analysis indicated the forces at these locations were significantly larger than what the designer calculated. Even after the various wind load iterations were incorporated, the findings indicated that these landing connections were inadequate.  Ultimately, the landing connections failed the field pull test and were replaced by larger adhesive anchors.