I-89 over US Route 4 and Mascoma River 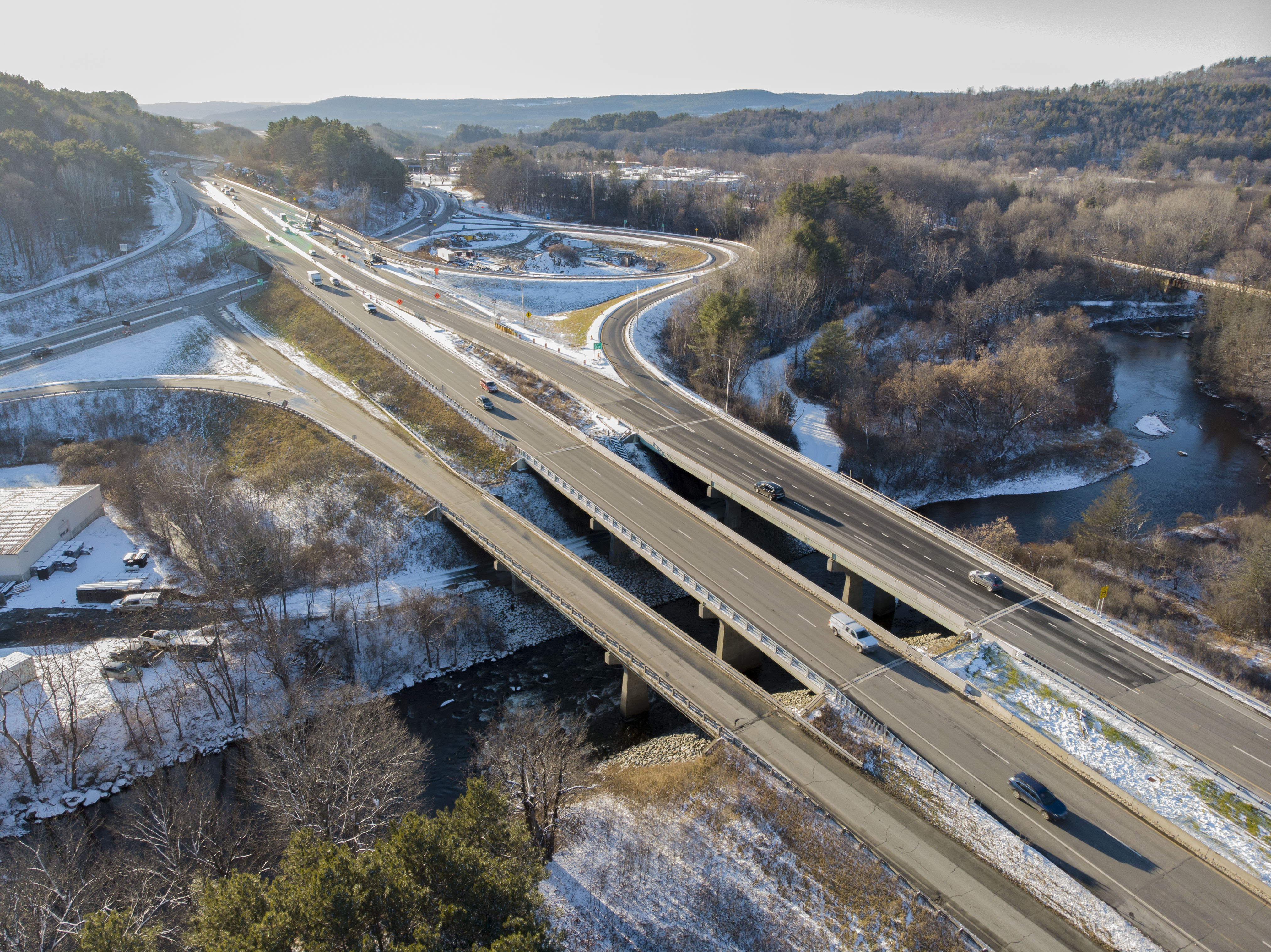 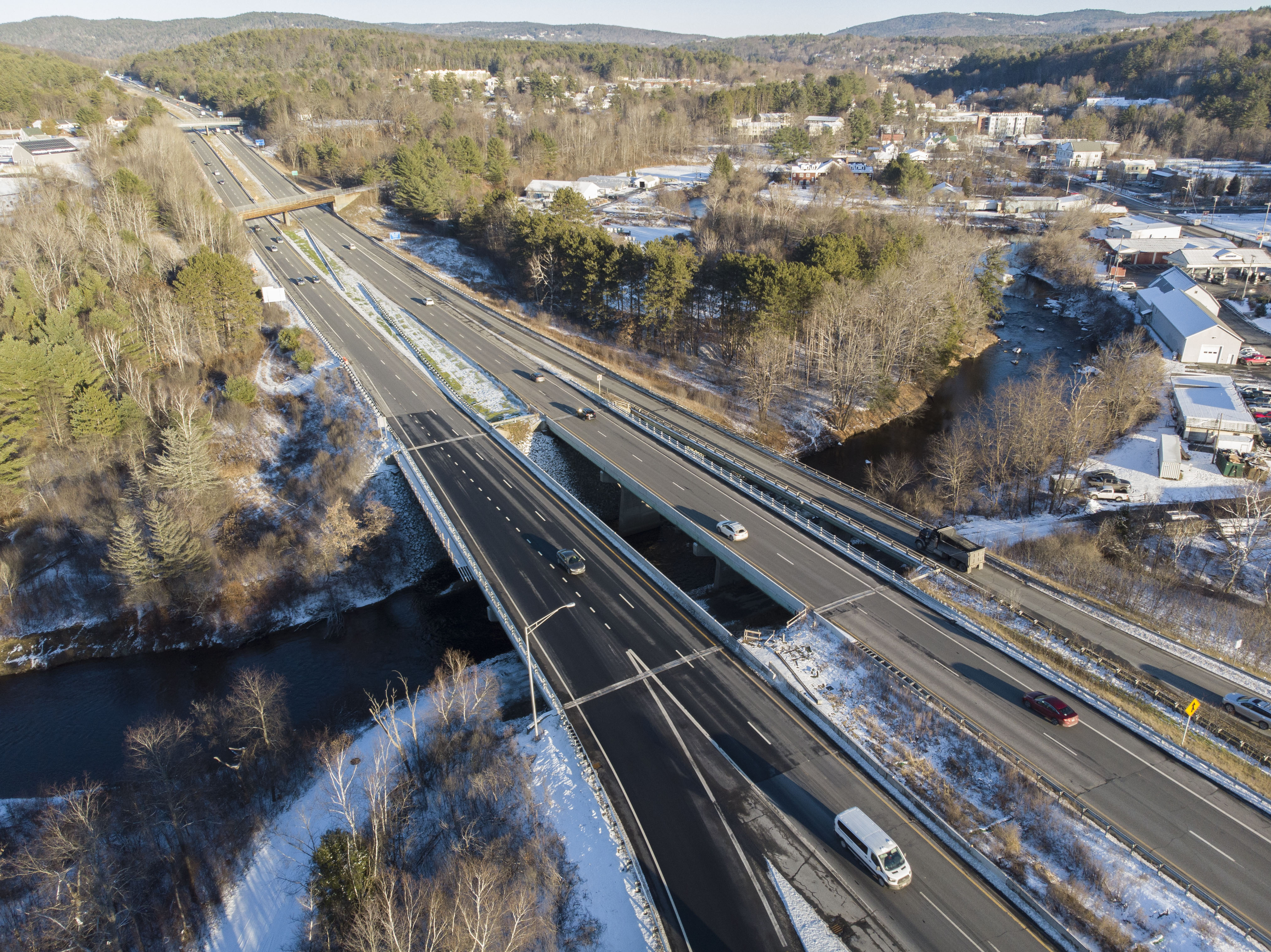 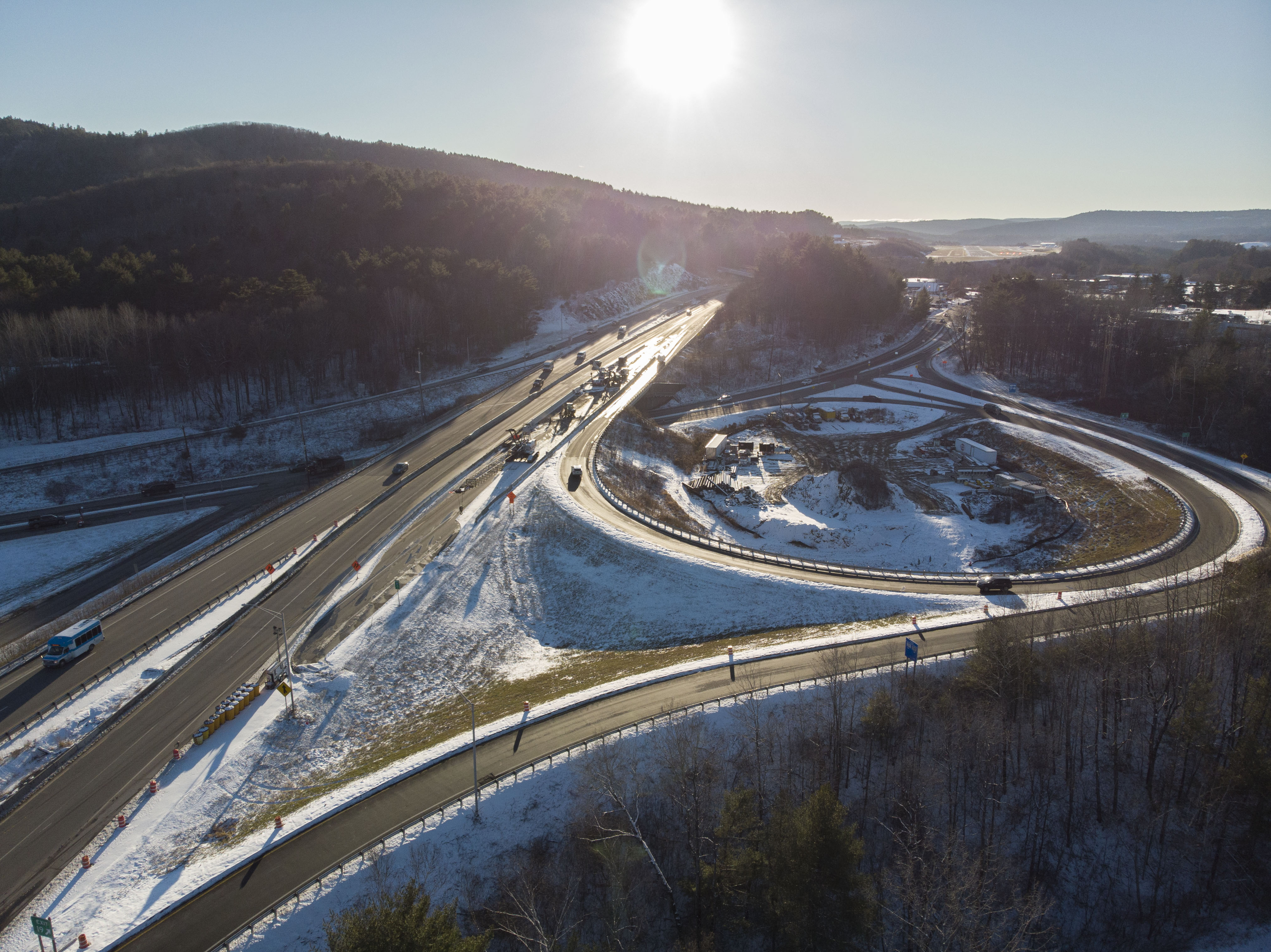 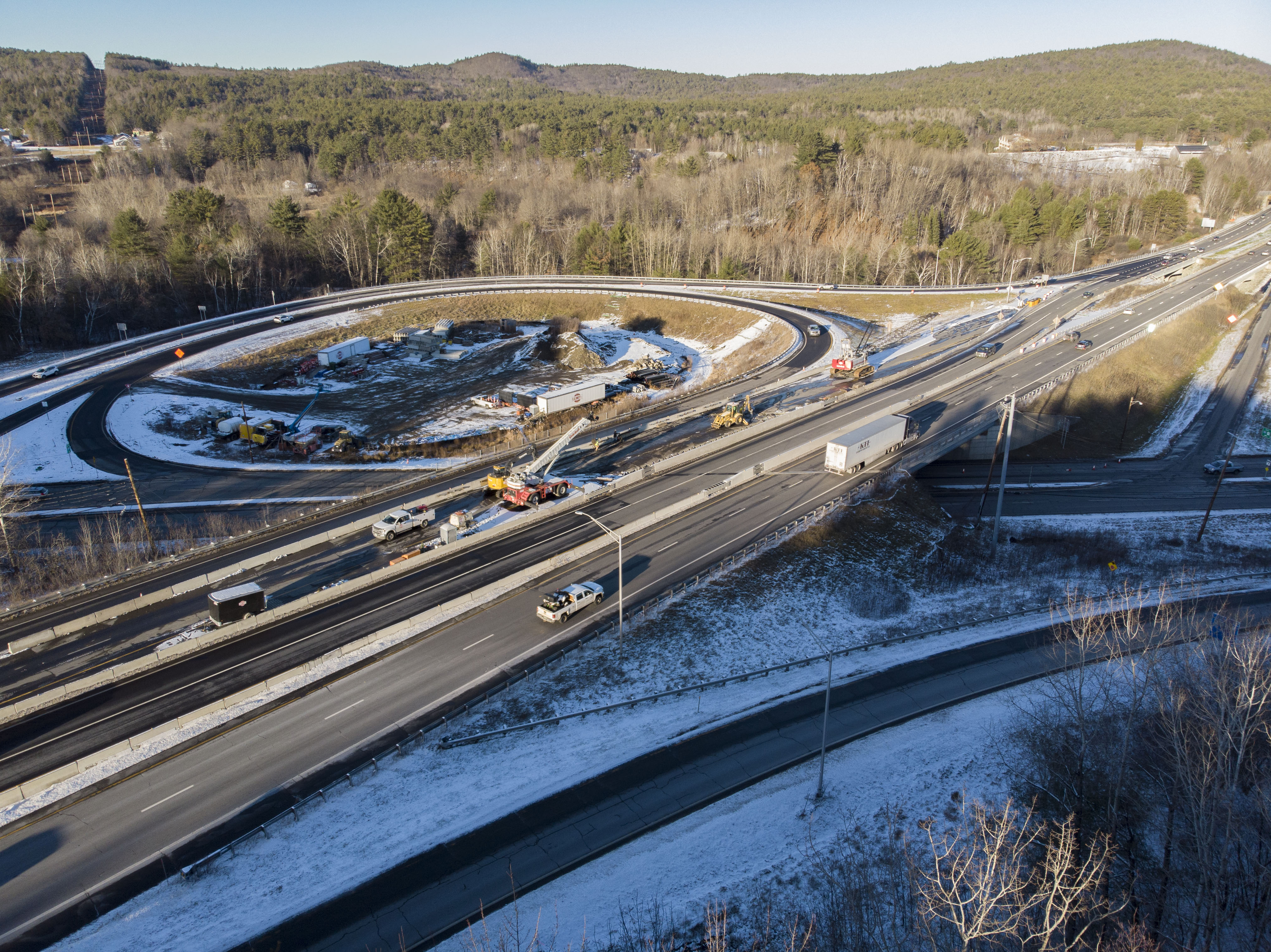 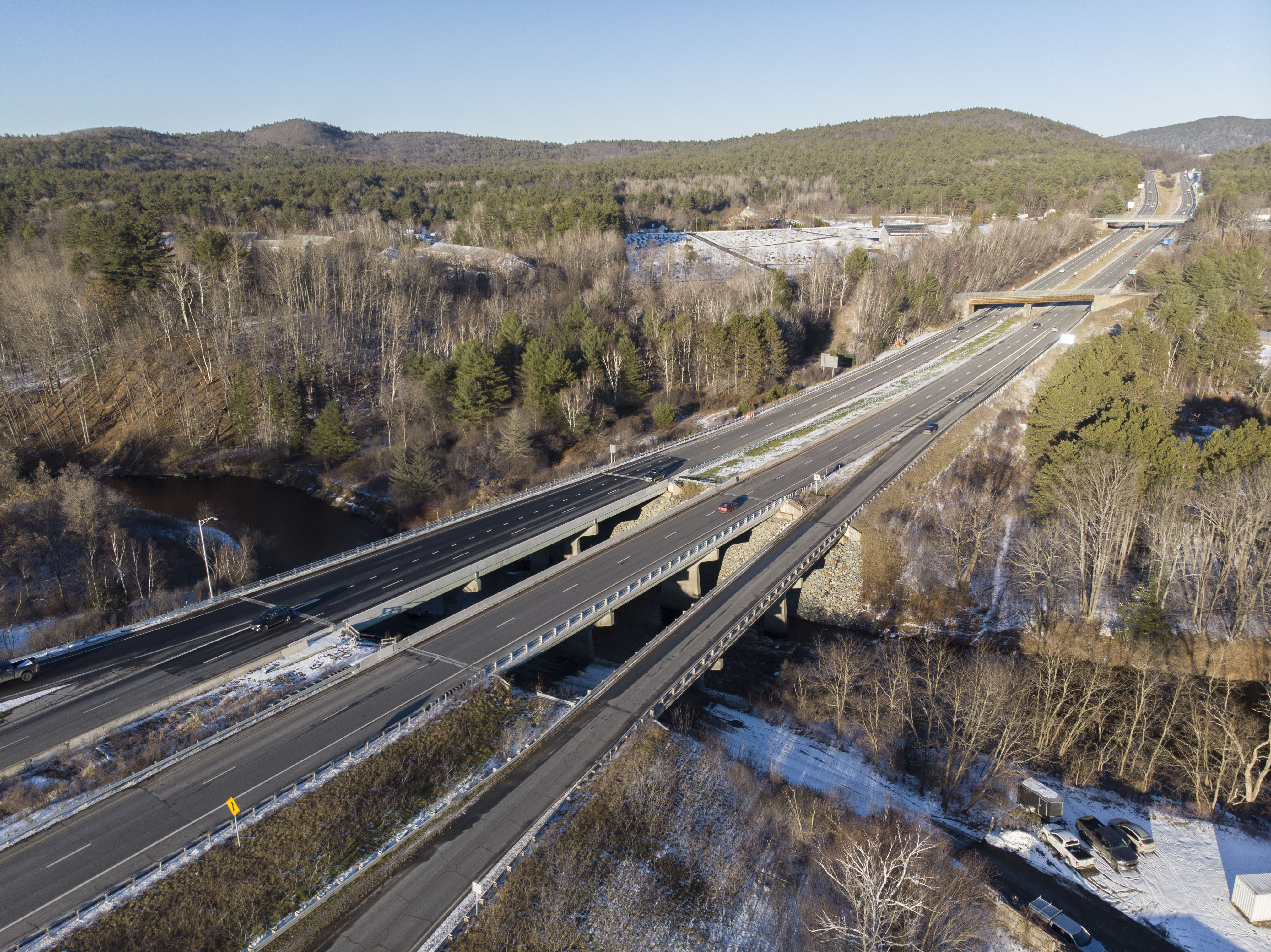 GM2 completed design services, including extensive traffic control, for this bridge rehabilitation (superstructure replacement) project under our current On-Call Bridge Design Contract. The Interstate 89 Bridges carry traffic over US Route 4 in the City of Lebanon.

The US Route 4 bridges are two existing superstructures supported by one continuous abutment wall at each end. There was 26’-2” between the fasciae of the NB and SB bridges. The project involved the replacement of both superstructures (to facilitate accelerated bridge construction and remove lead painted steel girders) with a steel girder and composite concrete deck superstructure, rehabilitation of the bridge substructures, associated reconstruction of the immediate approach roadways, cold plane and overlay of existing mainline roadway, pavement removal/replacement of the NB Off Ramp and NB On Ramp, and guardrail replacement and drainage improvements throughout the project limits. The new superstructure was constructed full width in phases to maintain traffic on median diversions. GM2 evaluated several phase construction alternatives to replace the superstructures and maintain two (2) lanes of traffic in each direction.

The Interstate 89 Bridges over the Mascoma River were preserved utilizing the same median diversions for the US Route 4 bridge rehabilitation.  The scope of work included repairs to the decks, new bearings, new expansions joints, and painting of the ends of the girders.